Claw Machine Addiction is real. I believe Mrs Llama has caught Claw-O-Lysis. And, I am being infected as well.

I always thought promising her to go to Malaysia to play the Claws there at a cheaper price helps, but it doesn't. (*We are going to Malaysia soon for a few days ;) )

I always thought forecasting the expenses of playing the Claw Machines will help, but it doesn't.
(*We spend an average of about 20$ per trip, and this happens about 3 times per month? 700-800$ per year? )

I always told her that there is no more space to store the toys. It simply doesn't help too.

So what am I going to write about again?

Yes, I am still going to write about our happy Claw Machine trip on 9th March! Since I cannot convince her, I might as well join her and give her the full support.

Yes, I understand dividends from Llama Unit Trust Portfolio cannot even sustain this habit. Oh wells, it means we have to make more money?

I had an assignment in the morning, so we could only meet at 1pm. We headed to Bishan for Genki sushi, and it was too crowded. So, we settled for Four Fingers - $21.

After that, we traveled to the faithful Junction 9 (the place where someone recently won the $13m Toto), and began our adventure. 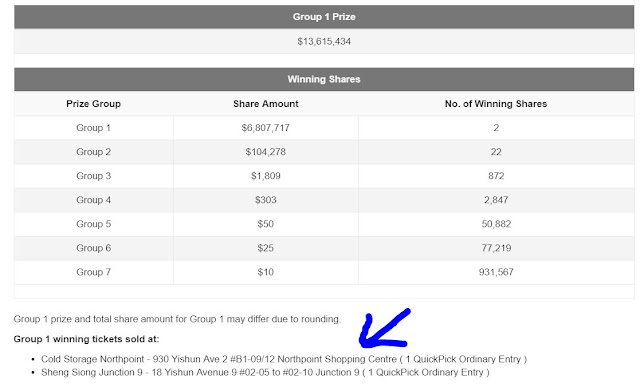 So, as usual we reported to Ncho Toys, and the friendly uncle was there as well!
**You can read our previous experience here by clicking on Couple Finance > Couple posts above ;)

10$ for 35 coins, and we went ahead with catching at the 3-coin machine. We didn't have a target in mind, but played because it seemed easy to catch.

Allow me to explain - At Ncho Toys, there are machines with 2 coins / 3 coins / 5 coins machine. So, the larger the toy you want, the higher the number of coins per try.

So, we got the toy within about... 6 tries I guess? Because there was a Malay family who tried a few times and gave up. So we sort of jumped in to hopefully get the Pay-out hehe!

This is what we caught - A blue pony like monster: 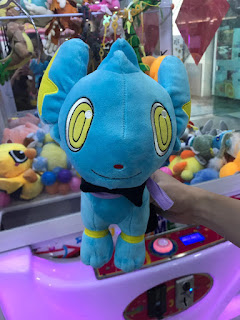 We exchanged it for the Pumpkaboo below: 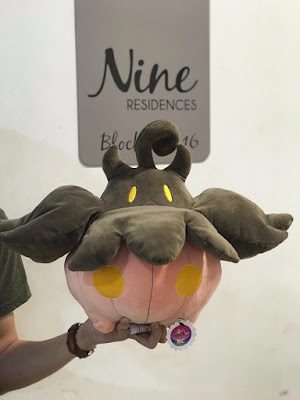 At first we didn't know what it was. Mrs Llama felt it was cute, so we decided to exchange for it. It is really huge and plushy, works well as a cushion. Costs incurred to catch it was about 6-7$.

The uncle boss was friendly and patient as we were hesitating on what to exchange for. He even offered us a chance to change again, but we declined. It was Pumpkaboo vs Rayquaza, and we decided to stick to Pumpkaboo.

So, the other coins were used on 2-coin machines with no loots. Mrs Llama changed another $2, and had no luck too.

So we went for simple bubble tea - $4 for a Blue Coral Smoothie and Strawberry Snow Shake at Junction 9.

After leaving Junction 9, I thought it was the end. But, no.

We decided to head to NorthPoint City Mall again to visit PlayUnited. The thing about this place is that, you have to minimally spend $10 and get 12 coins. Yes, there is a guarantee that you can get something even if you fail 12 times. But, $10 spent is still $10 spent.

Nevertheless, money can always be earned back, happiness can't.

We fed the machine a $10 note and out came 12 coins. And, things happened.

Mrs Llama had wanted a penguin in one of the machines alot. So, we gave it 3 tries, and failed.

We then applied Plan B, which is to switch machines. And got a toy within 3 tries. We got the yellow dog shown below.

We then went back to the Penguin Machine. And got into the below situation. The bear got stuck to the claw! The carebear looks like its going to fall too. We even wasted 3 coins in an attempt to make both toys fall together. In short, Greed is not good.
*See video below. 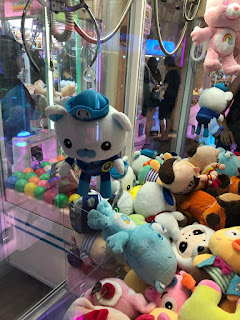 After having 2 loots, we are left with 1 final coin. We went to hunt for machines with easy catch.

And I thought, "Aiya, Sanrio one, cannot catch one.. the Hello kitty and the Melody and the don't know what moroll, the head all so big, claw so small, how to catch sia?"

I told Mrs Llama to believe and just try only.

Miraculously, we could not believe it, as the claw reaches for a Cinnamoroll about 25cm away from the shoot, and grabs it tightly.

Our eyes popped out as the claw didn't lose grip as it reached the top, and lugged the Cinnamoroll steadily to the shoot like a Cable car.

The joy we had in our hearts, were priceless!

After that we went for dinner at ShiLin.

We had Oyster Meesua and Chicken Cutlet - $9.

This is how we spend our Saturdays, nothing too different from Secondary School students.

Llama Challenge - How much did this Llama Couple spend on this date?

Comment below and you could stand to win a Plush toy haha!

Here are more pics:
Loots from $22 worth of Catches. And, the penguin Mrs Llama wanted alot! 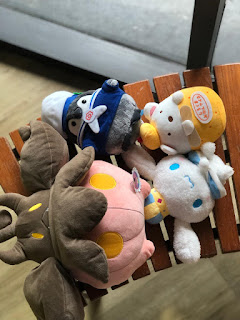 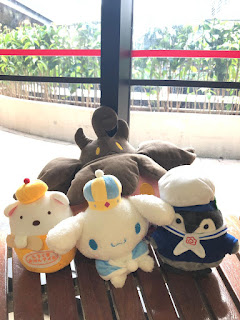 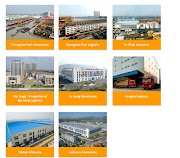